Facts & Figures About The Event

Professor Liew is Dean of Graduate Studies, Founding Director of Center for Nature-Inspired Engineering, Yeung Kin Man Chair Professor of Sustainable Engineering and Chair Professor of Civil Engineering in City University of Hong Kong. He is an elected member of Academia Europaea. He was a tenured Full Professor at Nanyang Technological University (Singapore), and the Founding Director of Nanyang Center for Supercomputing and Visualization (Singapore). Over his academic career, he has authored/co-authored over 850 journal articles. Professor Liew is listed by (1) the Institute for Scientific Information (ISI) as a Highly Cited Researcher in Engineering (since 2001), and (2) the Clarivate Analytics as the 2018 Highly Cited Researcher in Engineering, and 2019, 2020 and 2021 Highly Cited Researcher in Cross-Field. His publications have been cited over 45,000 times and achieved an h-index of 103. To date, Professor Liew has attracted over US$50 million research and development funds from government funding agencies, industries and higher-learning institutions. He has graduated over 80 PhD students and supervised over 70 Post-doctoral fellows. 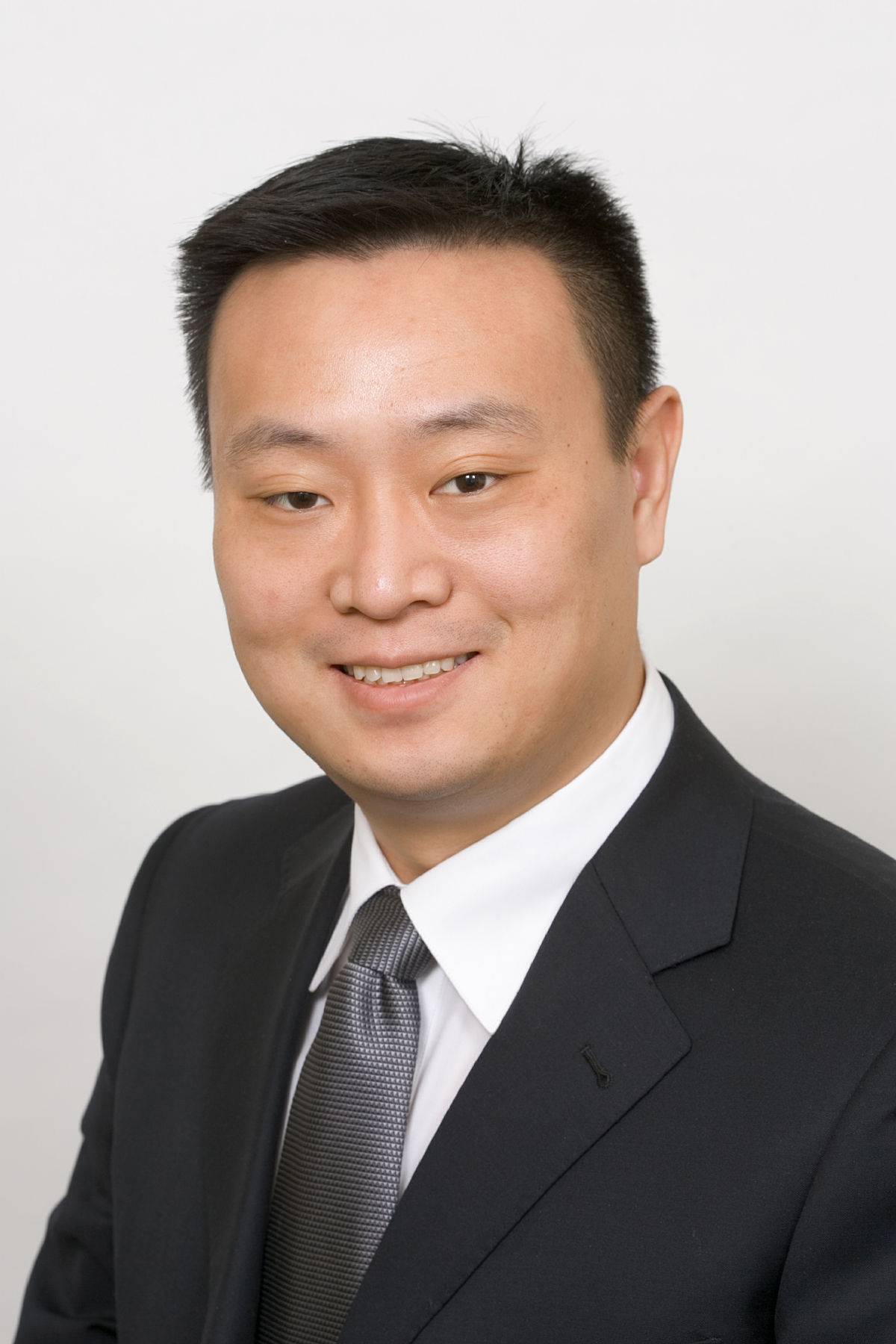 
University of Michigan
US

Amir H. Gandomi is a Professor of Data Science and an ARC DECRA Fellow at the Faculty of Engineering & Information Technology, University of Technology Sydney. Prior to joining UTS, Prof. Gandomi was an Assistant Professor at Stevens Institute of Technology, USA and a distinguished research fellow in BEACON center, Michigan State University, USA. Prof. Gandomi has published over two hundred journal papers and seven books which collectively have been cited 23,000+ times (H-index = 70). He has been named as one of the most influential scientific minds and Highly Cited Researcher (top 1% publications and 0.1% researchers) for five consecutive years, 2017 to 2021. He also ranked 18th in GP bibliography among more than 12,000 researchers. He has served as associate editor, editor and guest editor in several prestigious journals such as AE of IEEE TBD and IEEE IoTJ. Prof Gandomi is active in delivering keynotes and invited talks. His research interests are global optimisation and (big) data analytics using machine learning and evolutionary computations in particular. 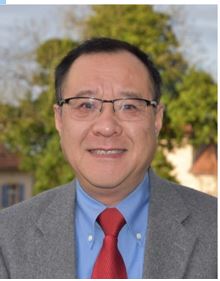 
Georgia Institute of Technology
US

Professor Zhuomin Zhang earned a Ph.D. degree from MIT and worked at NIST and University of Florida prior to joining Georgia Tech in 2002. He received his B.S. and M.S. degrees from the University of Science and Technology of China (Hefei). His research interests are in nanoscale thermal radiation and radiative properties for energy harvesting. He has written a book on Nano/Microscale Heat Transfer (1st ed. 2007, 2nd ed. 2020). Dr. Zhang has co-authored more than 200 journal papers and given over 400 invited and contributed presentations and seminars. A number of his former students have established their independent careers at major universities,companies, or research labs in the United States, China, and South Korea. In addition, he has supervised many visiting scholars, postdoctoral fellows and undergraduate researchers. Dr. Zhang currently serves as an associate editor of the Journal of Thermophysics & Heat Transfer and Journal of Quantitative Spectroscopy & Radiative Transfer. He was the Program Chair of the ASME 3rd Micro/Nanoscale Heat & Mass Transfer International Conference (Atlanta, March 2012), Chair of the 2nd International Workshop on Nano-Micro Thermal Radiation (Shanghai, June 2014), and General Chair for the ASME 5th Micro/Nanoscale Heat & Mass Transfer International Conference (Singapore, January 2016). Dr. Zhang is a Fellow of ASME, AAAS, and APS, and an Associate Fellow of AIAA. He was a recipient of the 1999 Presidential Early Career Award for Scientists and Engineers (PECASE), 2015 ASME Heat Transfer Memorial Award, 2021 AIAA Thermophysics Award, and 2021 ASME Yeram S. Touloukian Award. 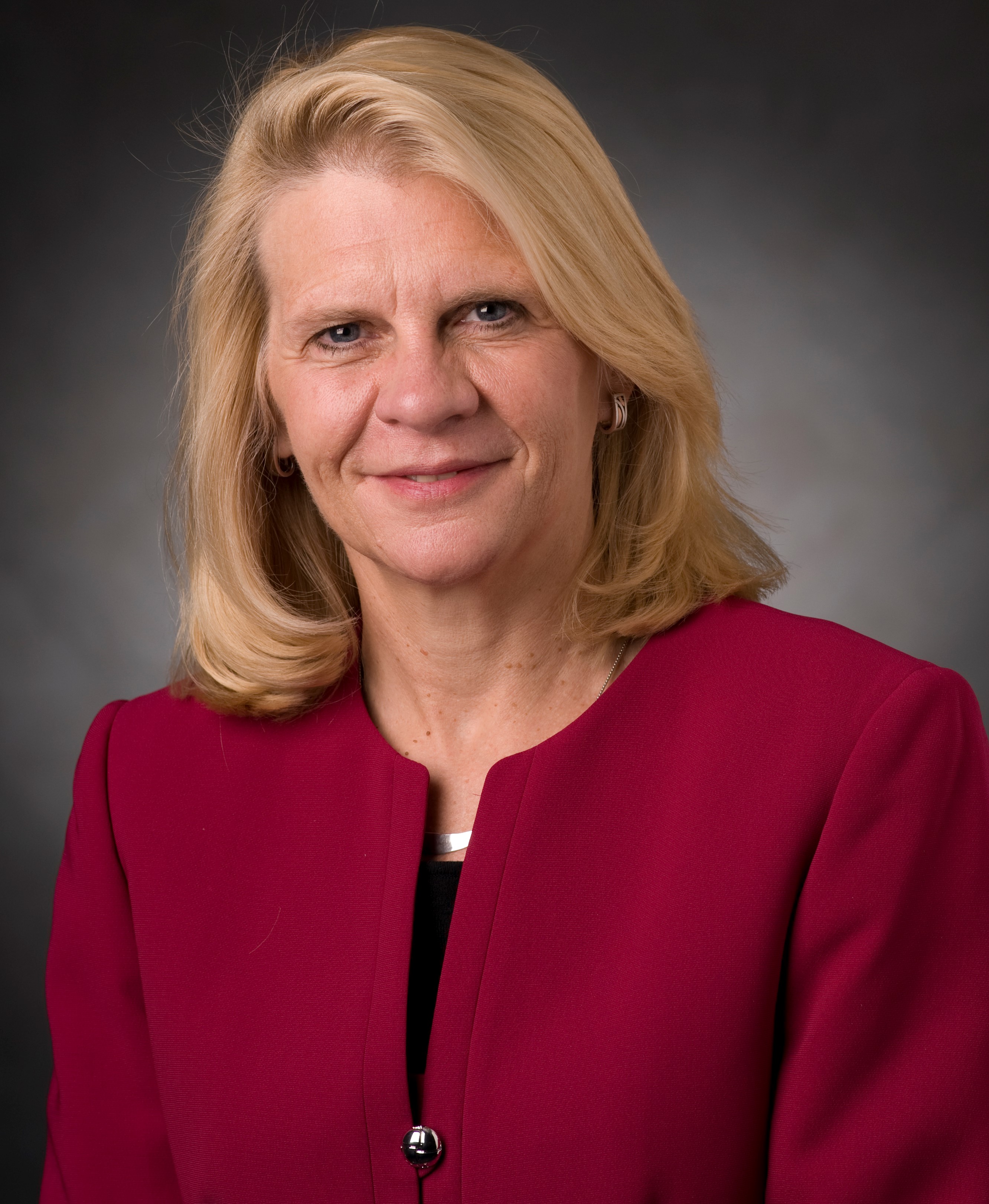 Karen A. Thole holds the title of Distinguished Professor in the Department of Mechanical Engineering at the Pennsylvania State University. She is a Fellow of both ASME and AIAA. At Penn State, Dr. Thole is the Director of the Steady Thermal Aero Research Turbine (START) Lab, which has been recognized by two gas turbine companies as a center of excellence in turbine heat transfer and aerodynamics. She has published over 300 archival papers and advised 80 dissertations and theses with many of those students now working in the gas turbine industry.Dr. Thole chaired two recent National Academy of Engineering studies including one on low carbon aviation and the other on advancing gas turbines. For Dr. Thole’s technical contributions, she has been recognized byASME’s George Westinghouse Medaland AIAA’s Air Breathing Propulsion Award.As an educator, Dr. Thole has been recognized by the United States White House as a Champion of Change for STEM. She was recognized by the Society of Women Engineers’ Distinguished Engineering Educator Award,by ASME’s Edwin F. Church Medal and by ABET’s Felbinger Award for diversifying engineering. She holds two degrees in Mechanical Engineering from the University of Illinois at Urbana-Champaign and a PhD from the University of Texas at Austin. 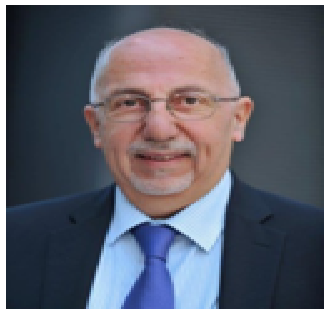 Tassos Karayiannis studied at the City University London and the University of Western Ontario. He started his career as a researcher at Southampton University and later as a British Technology Group Researcher at City University. Subsequently he worked at London South Bank University and joined Brunel University London in 2005 where he is now Professor of Thermal Engineering, Leader of the Two-Phase and Heat Transfer Group and Director of the Energy Efficient and Sustainable Technologies Research Centre of Brunel. Professor Karayiannis has carried out fundamental and applied research in a number of single-and two-phase heat transfer areas. He has been involved with two-phase flow and heat transfer for over 30 years. Initially he worked on the enhancement of pool boiling and condensation processes using high intensity electric fields (Electro hydro dynamic enhancement of Heat Transfer). In parallel, he carried out extensive experimental work in pool boiling heat transfer with plane and enhanced surfaces. Professor Karayiannis has also been very actively involved with research in flow boiling in small to micro tubes and micro-multi-channels. This work involves fundamental studies as well as research leading to the design of high heat flux integrated thermal management systems.His research has been funded by the UK Engineering and Physical Sciences Research Council, Innovate UK and Industry. He has published more than 250 chapters in books, papers and industrial reports. He chairs the Committee of the International Conference Series on Micro and Nanoscale Flows now in its 7th editionand co-chairs the 7th World Congress on Momentum, Heat and Mass Transfer. He is a Fellow of the EI and the IMechE, Member of the Assembly for International Heat Transfer Conferences and the Chairman of the UK National Heat Transfer Committee. 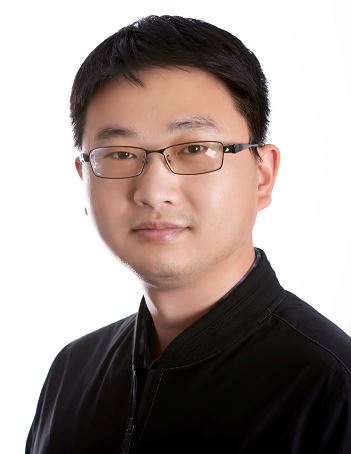 
University of the West of England
UK

Professor Chenguang Yang is the leader of Robot Teleoperation Group and Professor of Robotics at Bristol Robotics Laboratory, UK. He received the Ph.D. degree from the National University of Singapore, Singapore, in 2010, and postdoctoral training in human robotics from the Imperial College London, London, U.K. He was awarded UK EPSRC UKRI Innovation Fellowship (2018) and individual EU Marie Curie International Incoming Fellowship (2011). He is supervisor of an H2020 Marie Sklodowska-Curie Standard European Fellow (2021-2022). As lead author, he won the IEEE Transactions on Robotics Best Paper Award (2012) and IEEE Transactions on Neural Networks and Learning Systems Outstanding Paper Award (2022). He was titled Highly Cited Researcher 2019 by Web of Science. He is a Fellow of British Computer Society and a Fellow of Higher Education Academy. He is a Co-Chair of IEEE Technical Committee on Collaborative Automation for Flexible Manufacturing (CAFM) and a Co-Chair of IEEE Technical Committee on Bio-mechatronics and Bio-robotics Systems (B2S). He serves as Associate Editors of a number of international top journals including Neurocomputing and seven IEEE Transactions.

Dr Qinghua Qin received his Bachelor of Engineering degree in mechanical engineering from Chang An University, earning both of his Master of Science and Doctoral degree from Huazhong University of Science and Technology. He is now a professor at the Shenzhen MSU-BIT University (SMBU). Before joining SMBU, he has worked in several leading Australian and Chinese institutions including Tsinghua University, Tianjin University, Huazhong University of Science and Technology, Sydney University, and Australian National University. His expertise spans the fundamentals of solid mechanics, computational engineering, materials engineering, manufacturing and machine learning - to application areas such as functional materials, additive manufacturing, topology optimisation and integrating hybrid finite element methods with machine learning.As a consequence of these research activities, he has published more than 300 SCI-indexed journal papers and 9 books in the field of applied mechanics and materials engineering.He was awarded a Queen Elizabeth II fellowship and a Professorial fellowship from the Australian Research Council, a Cheung Kong Professorship from the Ministry of Education of China.He was a recipient of the J.G. Russell Award from the Australian Academy of Science in 1998. 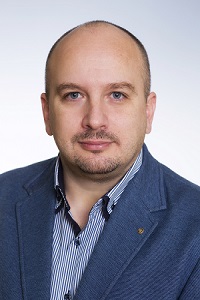 Ivo Petráš (Senior Member, IEEE) received the M.Sc. and Ph.D. degrees in process control from the Technical University of Košice, Slovakia, in 1997 and 2000, respectively, and the Dr.Sc. degree in process control from the Slovak University of Technology in Bratislava, Slovakia, in 2013. He works at the Faculty of BERG, Institute of Control and Informatization of Production Processes, Technical University of Košice, as a Professor, the Institute Director, and the Vice-Rector. He has published seven books, five book chapters, over 80 journal articles, and over 100 conference papers. His H-index is 27 (Web of Science), 29 (Scopus), and 41 (Google Scholar). His research interests include control systems, automation, and applied mathematics. He is a member of IFAC (TC 2.2. Linear Control Systems) and a senior member of IEEE Control Systems Society, IEEE Robotics and Automation Society, IEEE Signal Processing Society, and IEEE Systems, Man, and Cybernetics Society. He is also a member of the Editorial Board for International Journal of General Systems, Mathematical Problems in Engineering, International Journal of Mathematical Modelling and Numerical Optimisation, Elektronika ir Elektrotechnika, Differential Equations & Applications, and Mathematics. In 2005, he received an award from the Ministry of Education, Slovakia, in category young scientist to 35 years. In 2016, he received the Prize of the Literary Fund of the Slovak Republic for the third most frequently cited book in Slovakia and the Prize of the Literary Fund of the Slovak Republic for the three-year citation impact. He serves as an Associate Editor for journals: Fractional Calculus and Applied Analysis and ISA Transactions. 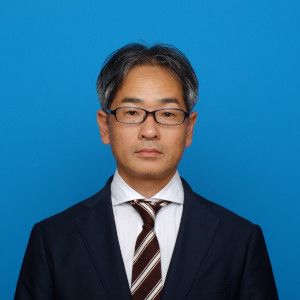 Dr. Shuhei INOUE earned Ph. D (mechanical engineering) at the University of Tokyo in 2003. He was a postdoctoral fellow (JSPS: Japan Society for the Promotion of Science) at the Prof. S. Maruyama in the University of Tokyo. He became an assistant professor in the School of Engineering, Hiroshima University, Japan; and currently he is an associate professor in the Graduate School of Advanced Science and Engineering, Hiroshima University, Japan. During his career, he has visited Prof. Kappes group in Karlsruhe Institute of Technology, Germany from 2005-2006. Now he focuses on the synthesis of photochromic material, yellow phosphors, and the development of gas sensor using carbon nanotube.

Barcelona is the capital and largest city of Catalonia and is Spain's second largest city, with a population of over one and half million people.
Located on the northeastern Mediterranean coast of Spain, this city has a rich and diverse history, with its roots dating back to Roman times. The fruitful medieval period established Barcelona's position as the economic and political centre of the Western Mediterranean. The city's Gothic Quarter bears witness to the splendour enjoyed by the city from the 13th to the 15th centuries
In 1992, Barcelona gained international recognition by hosting the Olympic games which brought about a massive upturn in its tourism industry. For visitors, this has translated into the very modern, yet incredibly old city you see now in the 21st century, where new elements work to both preserve and celebrate both the city’s heritage and origins.
Barcelona is plenty of outdoor markets, restaurants, shops, museums, and churches. The city is also very walkable, with an extensive and reliable Metro system for more far-flung destinations.