It is our pleasure to invite all of the scientists, academicians, young researchers, Business delegates and students from all over the world to attend the 3rd International Meet & Expo on 3D Printing and Additive Manufacturing  3DPRINTINGMEET2023  October 16-18, 2023 Dubai, UAE.

3DPRINTINGMEET2023 shares an insight into the recent research and cutting edge technologies, which gains immense interest with the colossal and exuberant presence of young and brilliant researchers, business delegates and talented student communities.

3DPRINTINGMEET2023 goal is to bring together, a multi-disciplinary group of scientists and engineers from all over the world to present and exchange break-through ideas relating to the 3D printing and Additive manufacturing. It promotes top level research and to globalize the quality research in general, thus makes discussions, presentations more internationally competitive and focusing attention on the recent outstanding achievements in the field of 3D Printing and Additive Manufacturing.

We’re looking forward to an excellent meeting with scientists from different countries around the world and sharing new and exciting results in 3D Printing and Additive Manufacturing. 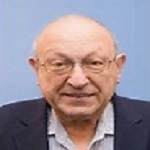 Ephraim Suhir, Professor, Depts. of Mechanical and Materials Engineering, and Electrical and Computer Engineering, Portland State University, Portland, OR, USA. He is also CEO of ERS Co., Los Altos, CA, USA, Life Fellow of the IEEE, the ASME, the SPIE, and the IMAPS; Fellow of the APS, the IoP (UK), and the SPE; and Associate Fellow of the AIAA. Ephraim has authored about 500 publications (patents, technical papers, book chapters, books), presented numerous plenary, keynote and invited talks worldwide, and received many professional awards, including 1996 Bell Labs DMTS Award and 2019 IEEE EPS Field award for seminal contributions to mechanical reliability engineering and modeling of electronic and photonic packages and systems. 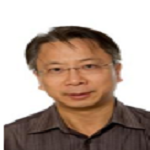 Professor Aibing Yu specialized in process metallurgy, obtaining BEng in 1982 and MEng in 1985 from Northeastern University, PhD in 1990 from University of Wollongong, and DSc in 2007 from the University of New South Wales (UNSW). He is currently Sir John Monash Distinguished Professor, Pro Vice-Chancellor and President of Monash Suzhou, Monash University. He has been Inaugural Director of UNSW Centre for Simulation and Modelling of Particulate Systems, Deputy Director of ARC Centre of Excellence for Functional Nanomaterials, Founding Director of Australia-China Joint Research Centre for Minerals, Metallurgy and Materials, ARC Research Hub for Computational Particle Technology, and JITRI Research Institute for Process Modelling and Optimisation. He is a world-leading scientist in particle/powder technology and process engineering. He has made many significant contributions and is recognised as an authority in particle packing and flow, particulate and multiphase processing, and simulation and modelling. He has authored/co-authored>1,000 publications (including >800 collected in the ISI Web of Science), delivered many invited plenary/keynote presentations at various international conferences, and graduated >40 postdoc fellows and >120 PhD students. He is Executive Editor of Powder Technology, Regional Editor of Granular Matter, and on the editorial board of ~20 learned journals. He is a recipient of numerous prestigious awards/fellowships including ARC Australian Professorial and Federation Fellowships, Josef Kapitan Award from Iron and Steel Society, Ian Wark Medal from Australian Academy of Science, ExxonMobile Award from Australian and New Zealand Federation of Chemical Engineers,Shell Thomas Baron Award from American Institute of Chemical Engineers, and the Top 100 Most Influential Engineers in Australia. He was elected to Fellow of the Australian Academy of Technological Sciences and Engineering in 2004, and Australian Academy of Science in 2011, and Foreign Member of Chinese Academy ofEngineeringin 2017. 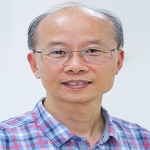 Prof. Zhang is the Director of Shenzhen Key Laboratory of Cross-scale Manufacturing Mechanics, the Director of SUSTech Institute for Manufacturing Innovation, and the Chair Professor in the Department of Mechanics and Aerospace Engineering, Southern University of Science and Technology. Zhang is also a Fellow of the Australian Academy of Technological Sciences and Engineering and has worked in UK, Japan and Australia. Zhang’s research is mainly engaged in theoretical and applied research in manufacturing processes,solid mechanics, tribology and numerical analysis. Zhangholds many honours, has received many academic achievement awards and has published extensively including books, technical papers and patents. He has also served as editor-in-chief and editorial board member of many academic publications. 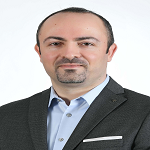 Dr. Wael Zaki is professor and Associate Chair for Undergraduate Studies of the Department of the Mechanical Engineering at Khalifa University. He received his MSc and PhD degrees in solid mechanics from Ecole Polytechnique, in 2003 and 2006 respectively, and a Habilitation Degree (HDR) at Pierre & Marie Curie University – Paris VI (now part of Sorbonne University) in 2014. Dr. Zaki specializes in modeling and characterization of advanced solids and architected structures, including shape memory alloy constructs and their composites. He is the recipient of Khalifa University’s Excellence in Research award for outstanding faculty research, an accredited high-end foreign expert in the area of smart materials by the State Administration of Foreign Experts Affairs of China, and a member of Stanford's list of the top 2% scientists in the world for the years 2019 and 2020. He is currently working on developing research in the area of additive manufacturing with emphasis on powder bed fusion of nitinol shape memory alloys.

Dubai is the largest city in the United Arab Emirates. It is located on the south-east coast of the Persian Gulf, in the Arabian Desert, and is the capital of the Emirate of Dubai, one of the seven emirates that make up the country. Dubai is known for luxury shopping, ultramodern architecture and lively night-life. The Dubai has emerged as a global city and business hub of the Middle East. Dubai having expanded along both banks of the Creek, Dubai is divided into two parts-Deira on the northern side and Bur Dubai to the south, as well as the top tourist destination of Jumeirah. Dubai is preserved some of the most intriguing historical attractions.