It is our pleasure to invite all scientists, academicians, young researchers, business delegates and students from all over the world to attend the 2nd International Meet on Astronomy and Astrophysics  will be held in Dubai, UAE during October 16-18, 2023.

ASTROMEET2023 shares an insight into the recent research and cutting edge technologies, which gains immense interest with the colossal and exuberant presence of young and brilliant researchers, business delegates and talented student communities.

ASTROMEET2023 goal is to bring together, a multi-disciplinary group of scientists and engineers from all over the world to present and exchange break-through ideas relating to the Astronomy. It promotes top level research and to globalize the quality research in general, thus making discussions, presentations more internationally competitive and focusing attention on the recent outstanding achievements in the field of Astrophysics.

We’re looking forward to an excellent meeting with scientists from different countries around the world and sharing new and exciting results in Astronomy and Astrophysics. 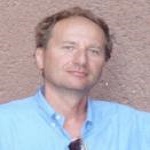 Will be Updated Soon... 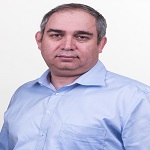 Asher Yahalom is a Full Professor and the former Vice Dean in the Faculty of Engineering at Ariel University and the Academic director of the free electron laser user center which is located within the University Center campus. He was born in Israel on November 15, 1968, received the B.Sc., M.Sc. and Ph.D. degrees in mathematics and physics from the HebrewUniversity in Jerusalem, Israel in 1990, 1991 and 1996 respectively. Asher Yahalom was a postdoctoral fellow (1998) in the department of electrical engineering of Tel-Aviv University, Israel. And a Visiting Professor at the University of Cambridge, UK during the years 2005-2006, 2008, 2012.He was a visiting Professor at Princeton University, USA during the years 2019-2020. From 1994 to 1998 Asher Yahalom worked with Direx Medical System on the development of a novel MRI machine as a head of the magneto-static team. In the years 1998-1999 Asher Yahalom joined the Israeli Free Electron Laser Group both as postdoctoral fellow and as a project manager, he is a member of the group ever since. Among his contributions to the project are theoretical contributions and technological contributions. As part of his duties,he established the FEL user center of which he now directs, the aim of the FEL user center is to establish applications for FEL radiation including medical applications. Currently much of his efforts are directed toward the study of the implication of retardation phenomena in electromagnetics in relativistic engines andin gravity with emphasis on galactic systems.

Charles Sven Observational & Theoretical Scientist immersing myself independently into the study of Cosmology and Space since 1997 that included 7 philosophical and 14 science conference presentations of my evolving work. 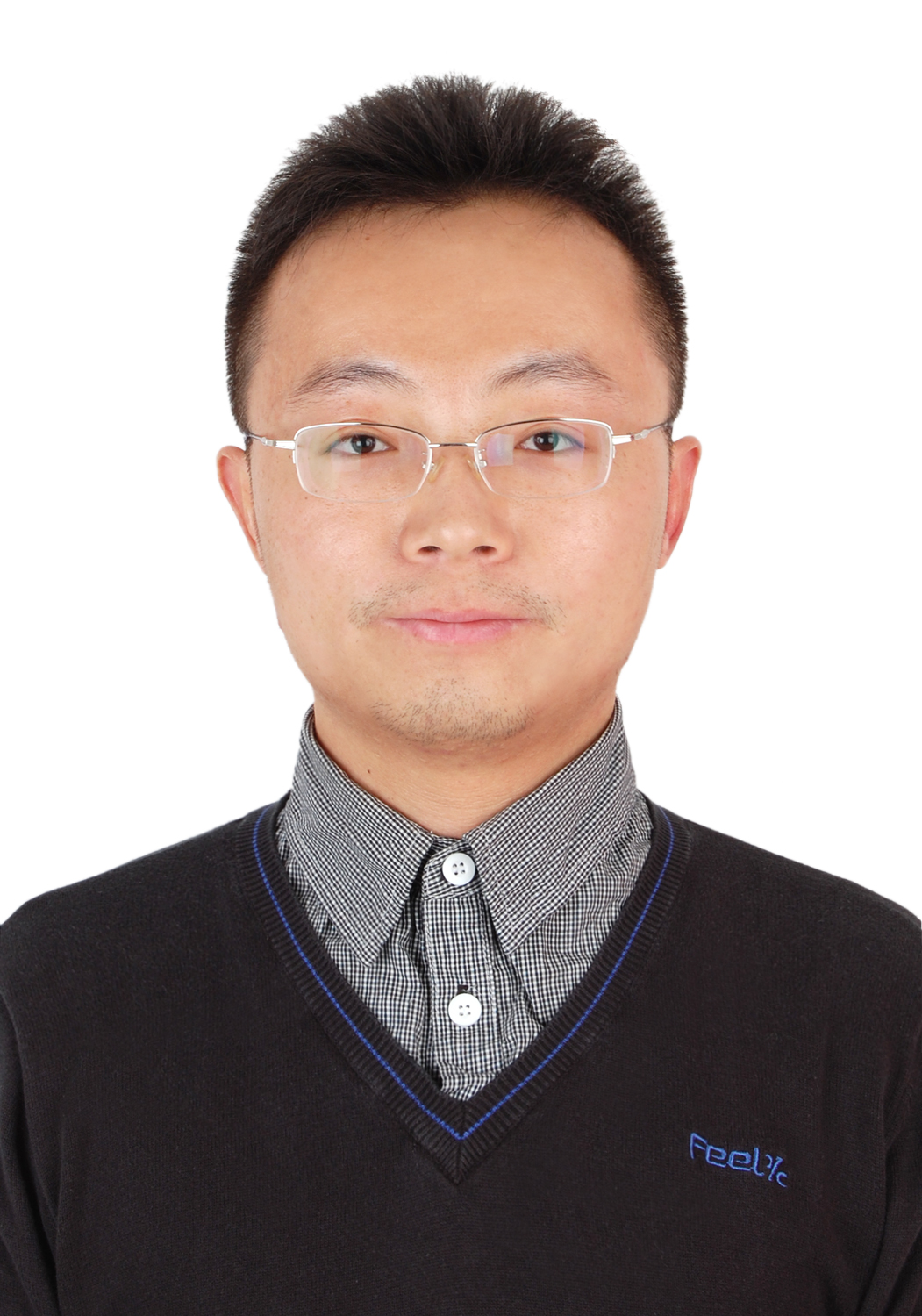 Xiaofeng YANG did his PhD study at Shanghai Astronomical Observatory (SHAO), Chinese Academy of Sciences(CAS),then got the PhD degree from Univ,CAS in early 2012. After a short postdoc at Nanjing University, he spent more than three years in Europe, Nice University in France and Sapienza University of Rome in Italy, respectively. In late 2016, he joined Xinjiang Astronomical Observatory(XAO),CAS as a full professor, then he got the full support of CAS Pioneer Hundred Talents program.His main research topic is cosmology, both on theories and observations, such as gravitational lensing, constraints on cosmic acceleration and cosmological parameters.Currently, he is an individual active IAU member and he is working on Hubble constant tension. 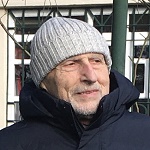 Gianpaolo Bellini Emeritus Professor at the Universita’ degliStudi of Milan and Emeritus scientist of the Istituto Nazionale di Fisica Nucleare (INFN). Previously, He was a NATO fellow at the École Normale Supérieure d'Orsay -France (1966-1967); Libera Docenza (License to teach at the Universities) (1967); Full Professor at the Università degliStudi ofMilan (1976); CERN Fellow (1984-1985); Guest scientist at CERN, at IHEP at Serpukhov (Russia), at theFermi National Laboratory (Ill., USA), at Gran Sasso Laboratory (Italy). He has been awarded with the international price Bruno Pontecorvo. He is a member of many physical societies. 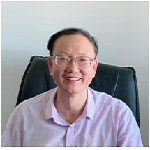 Dr. Ying-Qiu Gu, Senior Engineer. He received his PhD from the Institute of Mathematics at Fudan University in 1996. His research interests are in the field of theoretical physics, including general relativity, astrophysics, quantum theory, the foundations of physics, mathematical methods and models for elementary systems in physics. Major contributions include the theory and applications of Clifford algebra, rational interpretation of quantum mechanics, properties of nonlinear spinors, spinor interpretation of elementary particles, structural models of stars and galaxies, origin of celestial magnetic fields, theory of cyclic universe, etc. Representative achievements include Gu’s natural coordinate system, Gu-Nester potential, cyclic-closed cosmological model and galactic structure model. 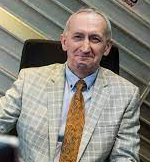 Andrzej Radosz, is a professor in theoretical physics, working at Wroclaw University of Science and Technology. He started his professional career (PhD, 1982) in Condensed Matter Physics (Structural Phase Transitions), being later involved in the research in Quantum Mechanics (functional integral formalism), Statistical Mechanics (exactly solvable models) and other areas of Theoretical Physics. Recently he has been focused on the studies of classical and quantum phenomena undergoing in strong gravitational fields (exterior and interior of the Black Holes (BH)). His main achievements are associated with apath integral formalism (formulation of a semiclassical approximation, Real Trajectories in Complex Time) and the results of the studies of the BHs interior (infinite volume of BHs, the anisotropic character of the BH’s interior dynamics). 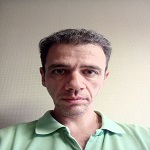 Grigorios Panotopoulos is currently a staff member at the Physics Department of Universidad de la Frontera, Temuco, Chile, and he holds a Ph.D. on Theoretical Cosmology from the University of Crete, Heraklion, Greece. His research lies at the interface between phenomenology and formal mathematical physics. His main interest is the use of theoretical developments in understanding the real world. He is particularly interested in physics of the early universe, alternative theories of gravity and dark matter-dark energy interaction. One of his main goals is to understand the basic properties of dark matter and modifications of gravity computing their impact on the properties of more standard and less conventional compact objects, such as white dwarfs, neutron stars, and strange quark stars. 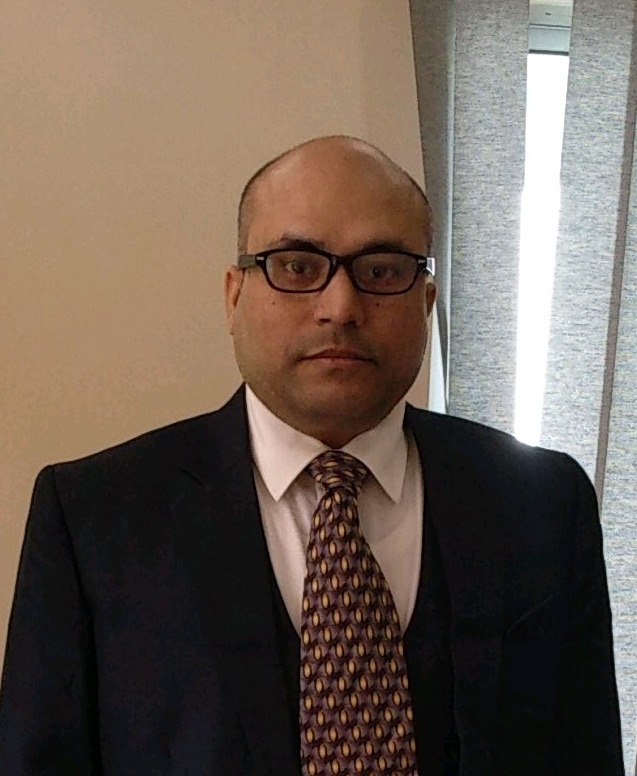 Prof. Pralay Kumar Karmakar completed his Ph.D. from Centre of Plasma Physics – Institute for Plasma Research (CPP-IPR), Guwahati, India. The award was conferred by Gauhati University, India. He joined Tezpur University of India as Assistant Professor in its Department of Physics. He is interested in diversified emerging research areas, such as Astrophysical plasmas, Cosmic fluid dynamics, Stability analyses of complex media, Nonlinear dynamics, etc. Six scholars have earned Ph.D. degree under him. He has very good publications in different reputed journals, books, etc.He has been serving as an editorial board member in several globally reputed scientific journals for a couple of years. 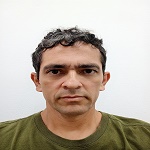 Since 2012, Javier Ramos-Caro has been a member of the staff of the Department of Physics at the Universidade Federal de São Carlos (UFSCar), in the state of São Paulo, Brazil. He holds a graduate and master's degree in physics, as well as Ph. D. in Natural Sciences (Physics) from the Universidad Industrial de Santander (2009), Colombia. As a post-doctoral program, he developed the research project "PosNewtonian Models of Self-gravitating Systems" at the Institute of Mathematics Statistical and Scientific Computing, UNICAMP (2010-2012). Has experience in Theoretical Physics, with emphasis on Gravitation and Mathematical Physics applied to Galactic Dynamics.

Dubai is the largest city in the United Arab Emirates. It is located on the south-east coast of the Persian Gulf, in the Arabian Desert, and is the capital of the Emirate of Dubai, one of the seven emirates that make up the country. Dubai is known for luxury shopping, ultramodern architecture and lively night-life. The Dubai has emerged as a global city and business hub of the Middle East. Dubai having expanded along both banks of the Creek, Dubai is divided into two parts - Deira on the northern side and Bur Dubai to the south, as well as the top tourist destination of Jumeirah. Dubai is preserved some of the most intriguing historical attractions.