It is our pleasure to invite all scientists, academicians, young researchers, business delegates, and students from all over the world to attend the International Meet on Animal Science and Veterinary Medicine (ASVMMEET2023), to be held during October 19-21, 2023 in Dubai, UAE.

ASVMMEET2023 shares an insight into the recent research and cutting edge technologies, which gains immense interest with the colossal and exuberant presence of young and brilliant researchers, business delegates, and talented student communities.

ASVMMEET2023 goal is to bring together, a multi-disciplinary group of scientists and engineers from all over the world to present and exchange breakthrough ideas relating to Animal Science and Veterinary Medicine. It promotes top-level research and globalizes quality research in general, thus making discussions, presentations more internationally competitive and focusing attention on the recent outstanding achievements in the field of Animal Science and Veterinary Medicine.

We’re looking forward to an excellent meeting with scientists from different countries around the world and sharing new and exciting results in Animal Science and Veterinary Medicine. 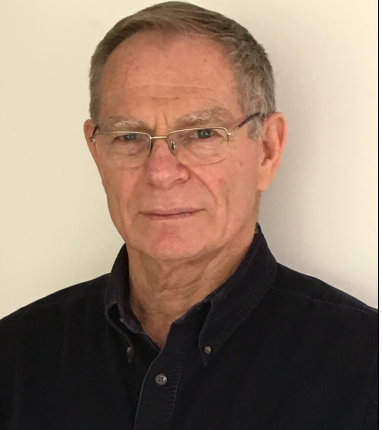 
The Hebrew University of Jerusalem
Israel

Avigdor Cahaner, PhD, Professor (Emeritus) of Quantitative Genetics, Statistics and Experimental Design, The Hebrew University of Jerusalem, Faculty of Agriculture, Rehovot, ISRAEL avigdor.cahaner@gmail.comavigdor.cahaner@mail.huji.ac.il Avigdor Cahaner obtained his PhD in Quantitative Genetics and Breeding at the Faculty of Agriculture of the Hebrew University of Jerusalem (Israel). After two post-doc years at the University of California in Davis, he started to work at the Faculty of Agricultureas a Lecturer and researcher, and later promoted to Senior Lecturer in 1987, Associate Professor in 1992 and Full Professor in 1997. In all his research projects over the years, Cahaner studied the consequences of broilers' breeding for rapid growth and high breast meat yield, and looked forpotential genetic mitigation of negative consequences. Some of his research projects were conducted outside of Israel (Turkey, France, USA, Vietnam, Nigeria, Ecuador, Ethiopia, China) in collaboration with local poultry scientists and industry organizations. Prof. Cahaner has been mentoringpoultry researchers, from the academia and industry, in Israel and globally (e.g., Ethiopia, China), helping them in all aspects of theirresearch projects, from definition of objectives and experimentaldesign, to data analysis and the writing of scientific papers in leading international journals. He also offers training and consultation in experimental design and data analysis to researchers from international academia and industry organizations in the agricultural sector and related biological sciences. Prof. Cahaner was Vice-President of the World Poultry Science Association (WPSA) for 3 terms (1996-2008), especially involved in supporting branches and activities in developing countries. He has been very active in the Israeli branch of WPSA since the 1980's, and currently (since 2015) he serves as the Branch President. 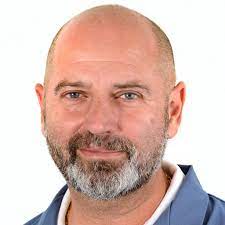 
Institute for Research in Semiochemistry and Applied Ethology
France

Pageat Patrick After graduating (1983) as a vet at the National Veterinary School of Lyon (France), I created the consultation and course of behavioral medicine in the same vet school. In 1985, I began to serve as head clinician for the consultation of behavioral medicine at the national Vet School of Alfort (France) and was in charge for giving the related classes. The same year, I graduated with an MSc in entomology and insect physiology. From that time, I have been continuously researching, teaching and practicizing in this field, having also a strong involvement in large domestic and wild animals' welfare and applied ethology. In 1991, I defended my PhD about the development of the predatory behavior of a digger wasp. As a consequence for my interest in insects, I discovered the field of chemical communication and began to study it in vertebrates. It led me to study the pheromones of domestic cats and to develop a specific method to analyze such secretions and prepare synthetic analogues. In 1995, my first patent describing the facial feline pheromone complex, gave me the opportunity to fund a private research institution IRSEA. 27 years later, the institutes employs 50 people and includes an academic research team (EBEA = Ethology and Animal Welfare) belonging to the doctoral school SEVAB (University of Toulouse, France) and we continuously welcome PhD and master students. From the first patent, we have finally deposited more than 400 patents covering the development of pheromone products for most domestic species (pets and livestocks, mammals, birds and fish) as well as for their protection against various parasites. 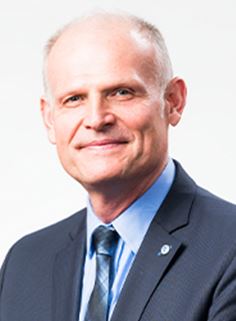 Klaus is currently Dean of the Jockey Club College of Veterinary Medicine and Life Sciences at City University. He previously served as Professor of Virology and Chair at Freie Universität Berlin, Germany (2007 – 2020), and Adjunct Professor of Virology at Cornell University (2007 – present). After finishing his veterinary degree in 1990, Klaus entered the field of virology, initially working with poxviruses. After his dissertation in 1993, his scientific focus switched to herpesviruses, specifically to work with equine herpesvirus type 1 (EHV-1). He completed his “Habilitation“ in 1997. In the same year, Klaus started to work as a group leader at the Friedrich-Loeffler Institute in Insel Riems and began his investigations of an oncogenic herpesvirus, Marek’s disease virus (MDV) of chickens. He has continued to work on these two herpesviruses during his time on the faculty at Cornell and in Berlin. More recently his research extended into influenza and coronaviruses (SARS- and MERS-CoV, infectious bronchitis virus of chickens, and canine coronaviruses). Klaus is an avid advocate of using natural virus-host systems, because of their unique model character and because they allow harnessing the strength of collaboration with clinicians and researchers from other disciplines. Using infectious clones and reverse genetics, his laboratory mechanistically studies viral pathogenesis and utilizes this knowledge for engineering of modified live virus vaccines. His research has been funded continuously since 1994 by public funding agencies including the European Union, the NIH, the USDA, the DFG and other public sources. He has also secured support for his work from pharmaceutical companies and philanthropists. Klaus has more than 230 scientific publications and his h-index currently stands at 51. He is editor and member of the editorial board of a number of journals, and his honors include membership in the Academy of Sciences of Thuringia since 2014, the Young Investigator Award of the Academy for Animal Health (2002) and the WVPA-Boehringer Ingelheim Vaccine Innovation Award (2017). 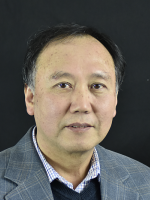 Dr. Ahn's area of research is in basic and applied research related to poultry products such as mechanisms and prevention of lipid oxidation in meat and poultry, dietary and irradiation interventions on the pathogen reduction and quality of meat, characterization of flavor and taste compounds in irradiated cooked meat products, separation and utilization of value-added components from egg, and development of functional bioactive peptides from egg proteins. 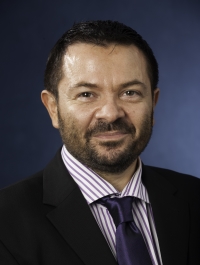 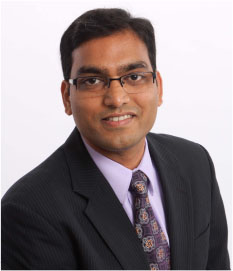 Dr. Telugu is an Associate Professor in the Division of Animal Sciences at the University of Missouri. He is also a founding member, President & CSO at RenOVAte Biosciences Inc (www.renovatebiosciences.com), a livestock genetic engineering company.
Primary research interests of his laboratory and his company include Genetic engineering of livestock for agricultural and biomedical applications. The laboratory employs advanced genome editing tools such as CRISPR/Cas system for site-specifically modifying the pig genomes and generating custom preclinical pig models for developing novel therapeutics. 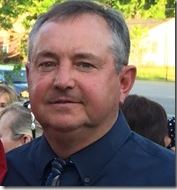 Dr. John Prososki did his undergraduate study at the University of Nebraska-Lincoln. He attended The Ohio State University College of Veterinary Medicine, graduating in 1986 He started his own large animal veterinary practice in Birnamwood, Wisconsin with a focus on dairy cattle. In 1991 he incorporated embryo transfer into his practice. Over the next decade Dr. Prososki increased his focus on the embryo transfer portion of the practice and in 2004 created Wittenberg Embryo Transfer, transitioning to specialization in dairy reproduction. In 2006 he purchased a dairy and began housing his own genetic stock for improving the Holstein breed. Together with his sons, Dr. Aaron Prososki and Luke Prososki, he has produced a herd of unique, high genomic value Holstien donors. They have produced a number of bulls for the AI industry, and exported thousands of embryos around the world. Dr. Prososki performs over 500 embryo collections and transfers over 12,000 embryos annually. Dr. Prososki was elected to the board of the American Embryo Transfer Association for 5 years and served as President of the AETA from 2018-2019. 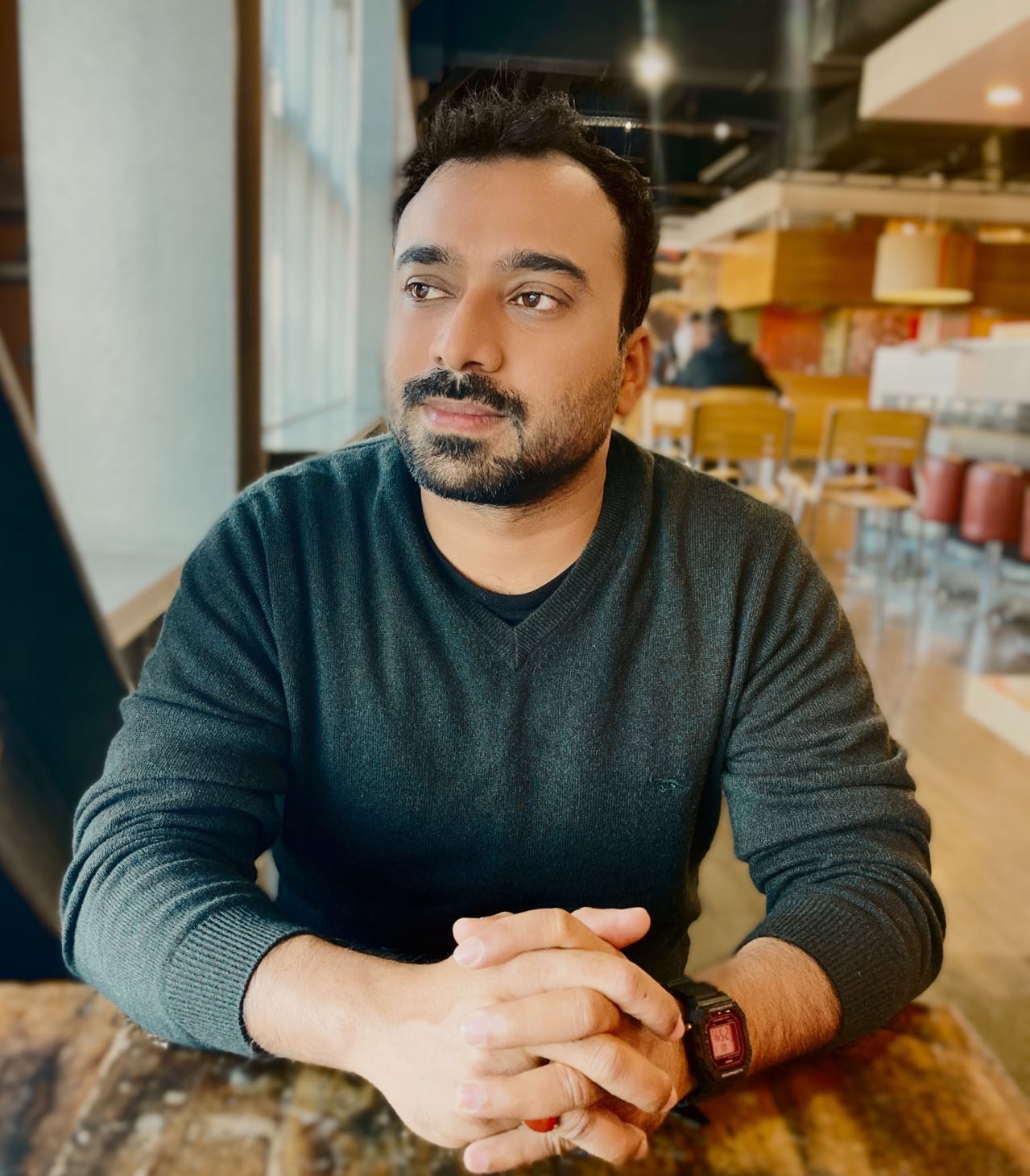 I am a veterinarian. I completed master’s degree in animal nutrition at Guangxi University, China, and completedPhD in Animal Science from School of Agriculture and Environment, Massey University, New Zealand. In research, I am interested in the application of animal nutrition and behaviour science to improve animal performance and welfare, reduce greenhouse gas emissions. I have conducted both lab and on-farm studies involving broad range of in vitro (microbiome and fermentation) and in vivo techniques, sensing technologies and data modelling methodologies. I have experience of doing an advisory role to improve farm’s profitability and animal performance and welfare through management of animal nutrition, reproduction, health, and economics at farm level. I am looking forward to investigating the effects of nutrition and on-farm management of resources to improve animal performance and welfare with reduced environmental footprints.

Dubai is the largest city in the United Arab Emirates. It is located on the south-east coast of the Persian Gulf, in the Arabian Desert, and is the capital of the Emirate of Dubai, one of the seven emirates that make up the country. Dubai is known for luxury shopping, ultramodern architecture and lively night-life. The Dubai has emerged as a global city and business hub of the Middle East. Dubai having expanded along both banks of the Creek, Dubai is divided into two parts-Deira on the northern side and Bur Dubai to the south, as well as the top tourist destination of Jumeirah. Dubai is preserved some of the most intriguing historical attractions.