On behalf of the Organizing committee, it pleasure to cordially invite you, scientists, academicians, young researchers, business delegates and students from all over the world to attend the International Meet on Cell Science and Molecular Biology in Collaboration UNESCO/UNITWIN Network in Biophysics , Biotechnology and Environmental Health Control, which will be held in Valencia, Spain during April 17-19, 2023. It will aim to draw an attendance of modern life scientists, professionals, academia, industry, research scholars, professors, students. We welcome and encourage students and postdoctoral researchers to our CSMBMEET2023.

The organizers have taken special interest to encourage young investigators through awards for best poster, best presentation etc. I hope during the conference the participants will get ample opportunity to exchange their research ideas, discuss with the peers in the field, and establish collaborations. The conference will unfold on-going researches in Fronter Modern Life Sciences, new innovations and techniques. Attending the conference will give you a chance to meet colleagues from different countries, share ideas and improve collaboration.

Organizing Committee of the CSMBMEET2023 look forward to meeting you in Valencia, Spain 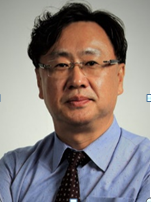 Dr. S.Y. Seong, M.D., Ph.D. in Microbiology and Immunology, now is a Professor and Ex Director of Wide River Institute of Immunology, Seoul National University College of Medicine. He got Ph.D. in Microbiology and Immunology in Seoul National University College of Medicine in 1995. He got Hamchun Medical Award, award of International Conference on Inante Immunity in Greece, the best poster award of DC 2007 in Germany in 2007, Yuhan Medical Award, Seoul Medical Association in 2012 etc. He is also the member of Korean Society for Microbiology, Korean Society for Immunology, American Society for Microbiology, and American Society for Immunology. He was a president of Korean Society for Dendritic cells and secretary of International DAMPs association. He suggested DAMPs model for the first time on Nature Rev. Immunology in 2004, which brought novel insight of modern innate immunology. He is now working on development of new therapeutics for COVID-19, atopic dermatitis and Alzheimer disease based on DAMPs model. He found that GPCR19 agonists could ameliorate inflammation not only in preclinical models but also in phase 2 clinical trials. He has also worked on development of nanobodies in immuno-oncology fields. 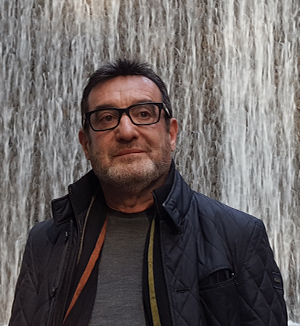 Danny Reinberg is a biochemist whose contributions have impacted the fields of mammalian transcription, gene expression and epigenetics. His detailed mechanistic analyses have exposed the specific modus operandi of key and novel factors in accurately modulating the transcriptional output as a function of increasingly complex, biologically relevant DNA templates. Reinberg was born in Santiago, Chile in 1954 where he grew up. He graduated from the Catholic University in Valparaiso, Chile in 1976 with a B.S. degree and worked as a Research Associate until 1978. He arrived in the United States to attend Albert Einstein College of Medicine in Bronx, New York, being a graduate student under J. Hurwitz in the Department of Biology and Cancer where he received his postdoctoral degree in 1982. And continuing his postdoctoral research with R.G. Roeder at The Rockefeller University in New York. From 1986 until 2006, he was Professor in the Department of Biochemistry at Robert Wood Johnson Medical School at the University of Medicine and Dentistry of New Jersey. In 1994, he became a Howard Hughes Medical Institute Investigator and Distinguished University Professor at RWJM in New Jersey. As of 2006, Danny Reinberg has continued his research at NYU Langone School of Medicine in New York. 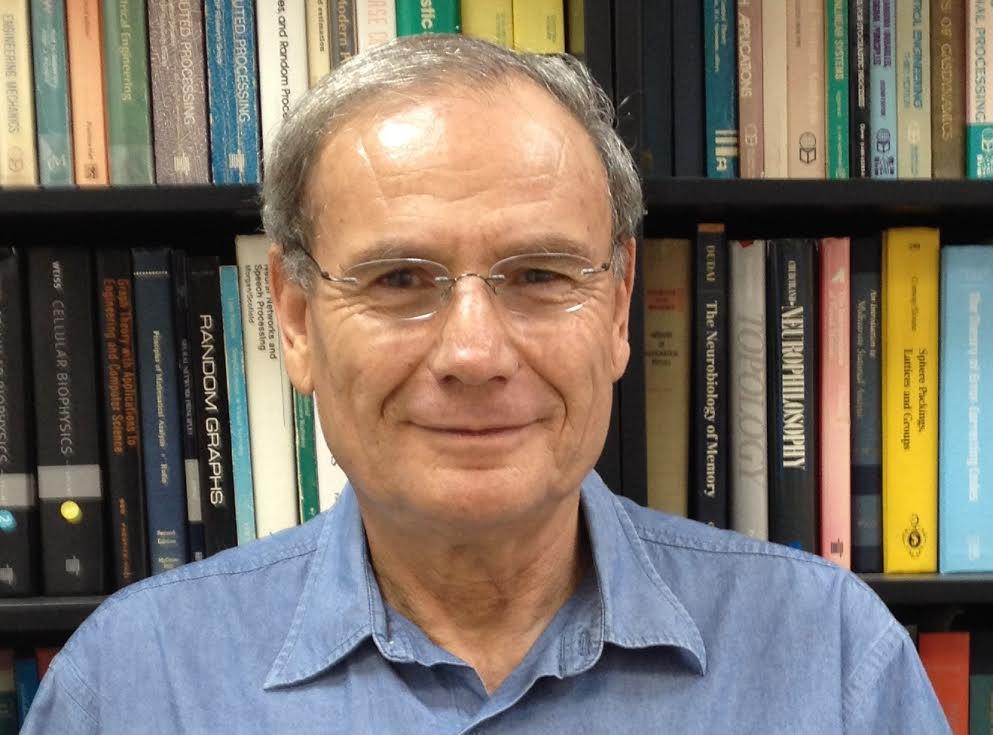 Professor Yoram Baram of the Computer Science department at the Technion received the BSc degree in Aeronautical Engineering from the Technion in 1972, the MSc degree in Aeronautics and Astronautics from MIT in 1974, and the PhD degree in Electrical Engineering and Computer Science from MIT in 1976. Specializing in control theory, he spent the next twenty years investigating and teaching system dynamics in Israel and in the US, including two sabbatical terms as a Senior Research Associate of the National Research Council at the NASA Ames Research Centre, where he also served as a consultant in 1986–2006. In 1999–2004 he developed a virtual reality apparatus for gait improvement in neurological patients, for which he was awarded a US patent. In 2005 he received the Research Award for Best Platform Presentation in the conference on multiple sclerosis CMSC. In 2006 he was appointed the incumbent of the Technion’s Roy Mattas/Winnipeg Chair in Biomedical Engineering. The effectiveness of the sensory feedback device in the improvement of gait in adults and in children with neurological disorders was clinically tested and published in leading medical journals during 2002–2016. Professor Baram has supervised about thirty graduate students. In recent years he has been working on a mathematical theory of dynamics and information coding in neurobiological systems, and serving as head of the Technion Centre for Research in Intelligent Systems. Having retired in 2015, he maintains a full research schedule at the Technion, publishing his work in leading neuroscience journals. 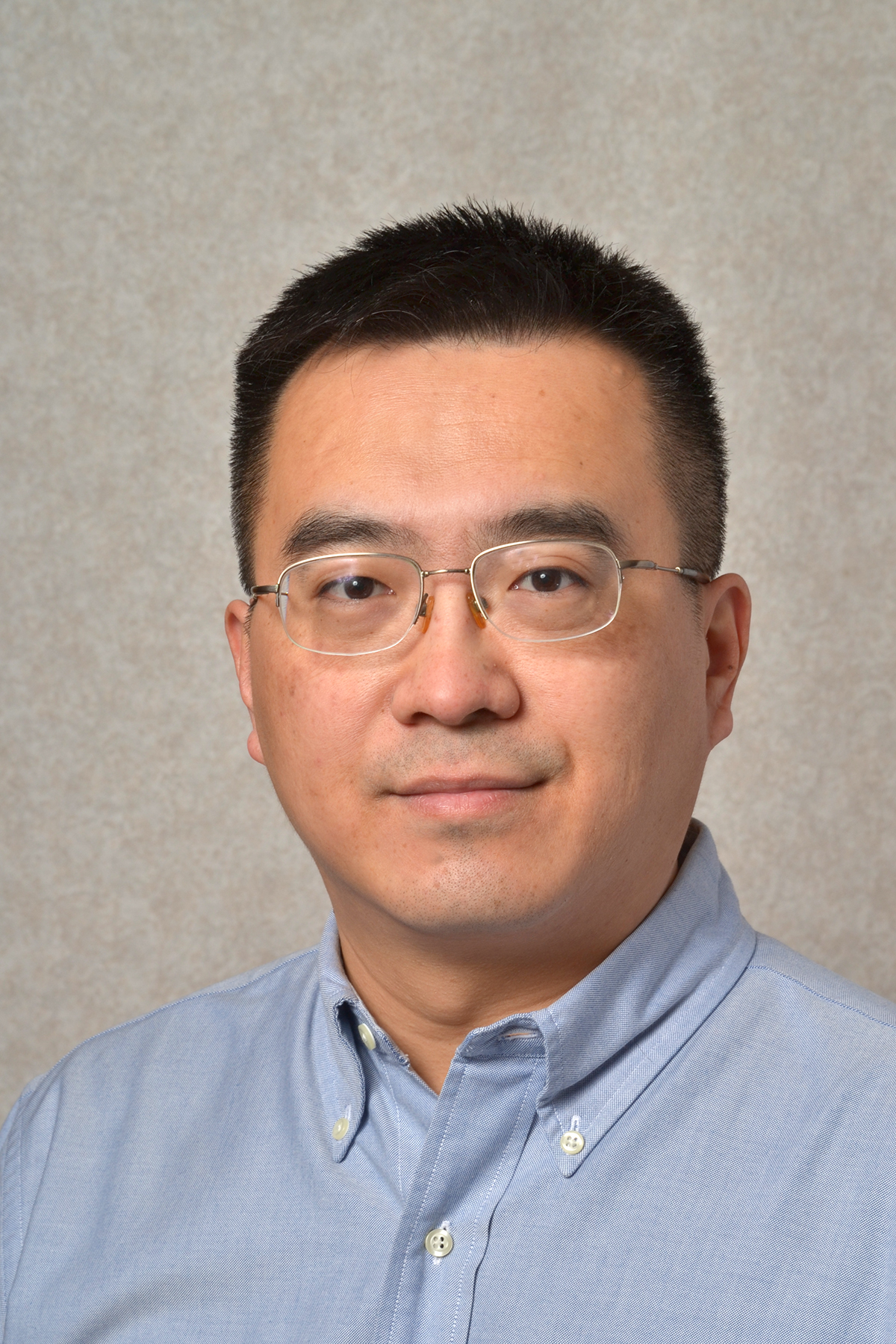 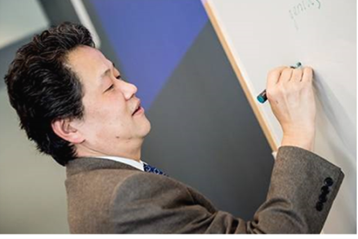 Dr. Chulso Moon is the founder and President of the BCD Innovations USA, biotech company located in the Johns Hopkins Medical Campus, which is dedicated for screening lung and bladder cancer. Dr. Moon is a MD PhD physician scientist and earned his Ph.D. in Human Genetics and Molecular Biology from The Johns Hopkins University School of Medicine. His doctoral work included the cloning of the human gene for AQP1, a unique water channel molecule, under the mentorship of the Nobel Laureate Dr. Peter Agre. After he finished his internal medicine and oncology training in MD Anderson Cancer Center, he had served as an attending physician in Johns Hopkins Cancer Center and faculty in Johns Hopkins Medical School. He also has served as a thesis advisor for the Human Genetics Program. Most recently, he has been serving as a director of oncology at the “Easton Oncology Associate” in Easton, PA. Presently, he has been board certified in internal medicine and medical oncology from American Board of Internal Medicine. Dr. Moon has devoted in the last 2 decades for the discovery of novel genes causing various hematooncologic malignancy, metabolic disease and neurodegenerative disease. These exciting discoveries have been based on the new interpretation of human genome structure and their functional organization. For example, Dr. Moon has discovered numerous new proteins originated from previously “undiscovered novel genes” and has been characterizing the role of these novel genes in various human diseases. Particularly, Dr. Moon has been developing various technologies for his early cancer detection efforts. These efforts have been based on his collaboration with Johns Hopkins, where he had served as an attending physician and faculty since 2001, Roche Diagnostics (Germany), Olympus, Fuji Film and JSR Corporation (All Japan). Since 2001, Dr. Moon has licensed a global DNA based cancer detection technology from JHU. Dr. Moon had collaborated with Roche Diagnostics to develop “bladder cancer detection kit”. From 2001 to 2010, Dr. Moon has been leading “bladder cancer detection trial, multi-institutional pivotal validation trial with his colleague, Dr. M. Sheonberg and D. Sidransky” for the purpose of US FDA Approval. Since then, due to changes in US insurance company reimbursement, Dr. Moon has formulated a new recurrent bladder cancer detection kit. Most recently, with the relationship with Affymetrix (CA, USA), he developed a more efficient technology and has been formulating another FDA trial for screening hematuria among smokers. Dr. Moon has worked with Olympus to develop a lung cancer detection test. However, the “lack of gene chip” at the time of collaboration has been a hurdle. While Olympus and SONY has launched the largest “Gene Chip Company in the World”, Dr. Moon has decided to work with Affymetrix (the best Gene Chip manufacturer in the world) and developed a “Lung Cancer Susceptibility Gene Chip”. It is expected that this kit will be available to hospital in early 2015. This kit, when combined with chest CT scan, can significantly improve “early detection of lung cancer by annual chest CT”. Therefore, it not only can save millions of lives but also is expected to significantly reduce the cost of lung cancer management incurred to insurance carriers.Due to his contribution in the field of early cancer detection, he was invited to make a speech during 2006 Science and Technology Symposium (STS, Kyoto Japan) as a world 100 best scientist, selected by Japanese Government, for the topic of cancer management and again in 2008 STS forum (Kyoto, Japan) for the topic of early lung cancer detection. Recently he has founded BCD Innovations USA (bcdinnovationsusa.com) and successfully commercialized MSA based bladder cancer screening program and also developed GMP based cancer screening kit factory in China.

Valencia is one of the largest and most famous cities in Spain. The city has a perfect geographical location: it is situated on the banks of the Turia River, which flows into the Mediterranean Sea. So, for centuries Valencia had been a key point during knockdown battles between Romans, Visigoths, Christians and Moors to be owned by.

You will find beaches right in the very heart of it. During the summer-months it is heavily visited by tourists, and if you want to spend holidays at the beach, with fantastic possibilities for any kind of sports (golf, diving, cycling, tennis, etc. are all very popular here) and a boiling nightlife, together with an ample cultural offer, then Valencia is the place for you.

Important trade fairs confirm Valencia's position as one of the most dynamic cities in Spain, as does the spectacular Ciudad de las Artes y las Ciencias, the "City of Arts and Sciences", a newly constructed area of the city boasting extravagant architecture.

The best time Valencia is in April and May, the sweet spot full of warm weather and void of crazy crowds.