It is our pleasure to invite all scientists, academicians, young researchers, business delegates and students from all over the world to attend the 3rd International Meet on Nanotechnology will be held in Vancouver, Canada during August 17-19, 2023.

NANOMEET2023 shares an insight into the recent research, which gains immense interest with the colossal and exuberant presence of young and brilliant researchers, business delegates and talented student communities.

NANOMEET2023 goal is to bring together, a multi-disciplinary group of scientists and researchers from all over the world to present and exchange break-through ideas relating to the Nanotechnology. It promotes top level research and to globalize the quality research in general, thus making discussions, presentations more internationally competitive and focusing attention on the recent outstanding achievements in the field of Nanotechnology.

We’re looking forward to an excellent meeting with scientists from different countries around the world and sharing new and exciting results in Nanotechnology. 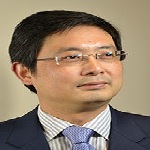 Professor Guoxiu Wang is the Director of the Centre for Clean Energy Technology and a Distinguished Professor at University of Technology Sydney (UTS), Australia. He currently holds an ARC Professorial Future Fellowship. Professor Wang is an expert in materials chemistry, electrochemistry, energy storage and conversion, and battery technologies. His research interests include lithium-ion batteries, lithium-air batteries, sodium-ion batteries, lithium-sulfur batteries, supercapacitors, hydrogen storage materials, fuel-cells, graphene, and chemical functionalization of graphene. Professor Wang has published more than 360 refereed journal papers with an h-index of 60. His publications have attracted over 13,000 citations (Web of Science). 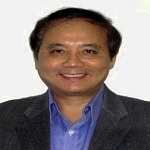 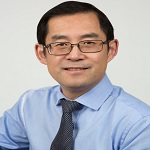 Dr. Frank Cheng is a Professor and Canada Research Chair at the University of Calgary. He was named the Canadian Distinguished Materials Scientist in 2019.Frank is an internationally recognizedresearcherin Energy Pipeline Technology, specializing in pipeline corrosion and cracking, steel metallurgy, defect assessment, and hydrogen pipelines. He is the author of4 books and 270+ journal papers. The total citations of his publications exceed 13,900, with a H-index of 72. He ranks top 0.08% influential scientists in Materials subject according to the latest release by the University of Stanford/Elsevier. Frank is the recipient of many prestigious awards such as Uhlig Award and Technical Achievement Award from NACE International, Brian Ives Lectureship Award from ASM International, Metal Chemistry Award from Canadian Metallurgy and Materials Society, Distinguished Lecturers Award from CIM, and Medal from International Association of Advanced Materials (IAAM).Frank is elected Fellows of NACE, IOM3, ICorr, IAAM and CSCP. He is serving as the Editor-in-Chief of Journal of Pipeline Science and Engineering. Frank obtained his Ph.D. in Materials Engineering at the University of Alberta in 2000. 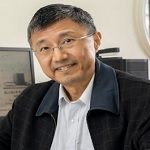 Dr. Eric Wei-Guang Diau has received his Ph.D. in Chemistry from National Tsing Hua University, Taiwan, in 1991, and has been a faculty member in the Department of Applied Chemistry, National Chiao Tung University since 2001. He was a postdoctoral researcher at Emory University (1993-1995), Queensland University (1995-1996), International Stanford Research Institute (1996-1997) and California Institute of Technology (1997-2001). He is interested in the research of condensed-phase spectroscopic dynamics, especially in the understanding of interfacial electron transfer, light capture energy transfer and light energy conversion kinetic systems. His current research focuses on the development of novel functional materials for photovoltaic and photocatalytic applications such as perovskite solar cells and CO2 reduction. He received “Sun Yat Sen Academic Award” in 2014, “MOST Outstanding Research Award” in 2018 and 2022, “17th Yu-Ziang Science Paper Award” in 2019 and “MOE 65th Academic Award” in 2022. He has published over 226 peer-reviewed SCI papers with H-index 68. He is currently Distinguished Professor at National Yang Ming Chiao Tung University (NYCU). 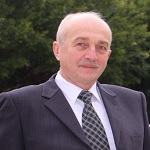 
The Hong Kong University of Science and Technology
Hong Kong

Professor Vladimir G. Chigrinov is Professor of Hong Kong University of Science and Technology since 1999. He is an Expert in Flat Panel Technology in Russia, recognized by the World Technology Evaluation Centre, 1994, and SID Fellow since 2008. He is an author of 6 books, 31 reviews and book chapters, about 322 journal papers, more than 677 Conference presentations, and 121 patents and patent applications including 38 US patents in the field of liquid crystals since 1974. He got Excellent Research Award of HKUST School of Engineering in 2012. He obtained Gold Medal and The Best Award in the Invention & Innovation Awards 2014 held at the Malaysia Technology Expo (MTE) 2014, which was hosted in Kuala Lumpur, Malaysia, on 20-22 Feb 2014. He is a Member of EU Academy of Sciences (EUAS) since July 2017. He got A Slottow Owaki Prize of SID in 2018 http://www.ee.ust.hk/ece.php/enews/detail/660. He is 2019 Distinguished Fellow of IETI. Since 2018 he works as Professor in the School of Physics and Optoelectronics Engineering in Foshan University, Foshan, China. 2020-2024 Vice President of Fellow of Institute of Data Science and Artificial Intelligence (IDSAI) Since 2021 distinguished Fellow of Institute of Data Science and Artificial Intelligence. Since March 2022 he is A Fellow of National Academy of Technology for his contributions to Information Electrical and Electronic Research. 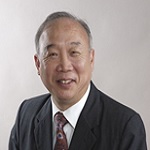 Prof. Chung is a Jade Mountain Chair professor (玉山學者) at the Graduate Institute of Applied Science and Technology of NTUST, Taiwan. Before joining NTUST, he was a Provost’s Chair Professor at the ChBE dept of NUS in 2011-2021. His research focuses on polymeric membranes for clean water, clear air, clear energy and pharmaceutic separation. In 2005-2008, he worked as a Senior Consultant for Hyflux, led and built its membrane research team. He became a Fellow in the Academy of Engineering Singapore in 2012 and received IChemE (Institute of Chemical Engineers, UK) Underwood Medal for exceptional research in separations and Singapore President’s Technology Award in 2015. He was a highly cited researcher in Chemical Engineering & Materials Science and Engineering by the Elsevier and Shanghai Global Ranking in 2016 and received Distinction Award in Water Reuse and Conservation from International Desalination Association (IDA) in 2016. He was also a highly cited researcher from Clarivate Analytics in 2018 and 2019. He was ranked as No. 7 in Chemical Engineering worldwide by the list of “the top 2% scientists in the world” published by Stanford University in 2020 (http://www.globalauthorid.com/WebPortal/EliteOrder. 2020). His H-index =116 (Scopus) or 135 (Google Scholar); Number of citations > 52633 (Scopus) and > 66,847 (Google Scholar) (March 16, 2022). He is an editorial board member of more than 20 journals including J. Membrane Science, Env. Sci. & Tech., AIChE J, Separation & Purification Tech., I&EC Research, Membranes and many others. 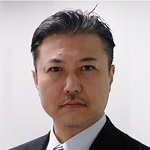 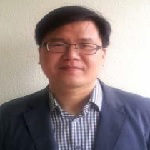 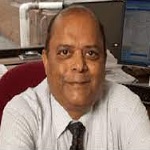 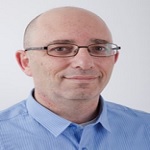 Vancouver, a bustling west coast seaport in British Columbia, is among Canada’s densest, most ethnically diverse cities. Part of the beauty of this place comes from the diversity of the people. It is a safe, inclusive city, and it is one of the 70+ languages spoken here (though English and French are official languages). A popular filming location, it’s surrounded by mountains, and also has thriving art, theatre and music scenes. Vancouver Art Gallery is known for its works by regional artists, while the Museum of Anthropology houses preeminent First Nations collections. Getting here is simple as you'll find non-stop direct flights to over 122 destinations, with 86 US and 43 international arrivals per day.