It is our pleasure to invite all scientists, academicians, young researchers, business delegates and students from all over the world to attend the International Meet on Oncology and Radiotherapy which will be held in Lisbon, Portugal during September 21-23, 2023.
ONCOLOGYMEET2023 shares an insight into the recent research and cutting edge technologies, which gains immense interest with the colossal and exuberant presence of young and brilliant researchers, business delegates and talented student communities.
ONCOLOGYMEET2023 goal is to bring together, a multi-disciplinary group of scientists and engineers from all over the world to present and exchange break-through ideas related to the oncology research. It promotes top level research and to globalize the quality research in general, thus making discussions, presentations more internationally competitive and focusing attention on the recent outstanding achievements in the field of Oncology and Radiotherapy.
We’re looking forward to an excellent meeting with scientists from different countries around the world and sharing new and exciting results in oncology and Radiotherapy. 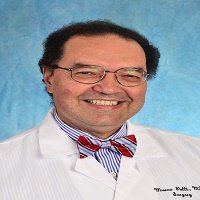 Marco G. Patti was born and raised in Catania, Italy. He graduated from the University of Catania, School of Medicine in 1981. Between1983 and 1986 he did research at the University of California San Francisco, studying gastrointestinal physiology(Dr. Carlos Pellegrini and Dr. Lawrence Way). Between 1986 and 1993, he completed a Residency in General Surgery at UCSF. After completion of his residency, he did a fellowship in esophageal cancer at the Queen Mary Hospital in Hong Kong (Professor John Wong). Subsequently he practiced at the University of California San Francisco, the University of Chicago, and the University of North Carolina. Presently he is a Professor of Surgery in the Department of Surgery at the University of Virginia. Dr. Patti’s clinical activity focuses on foregut disorders. Over the years, he has given major contribution to the diagnosis and treatment of GERD and achalasia.Dr. Pattihas published more than 330 manuscripts in peer review journalsand 11 books. He has been an invited speaker more than 220 times in the US. He is Past President of the International Society for Digestive Surgery and Past President of the International Society of Surgery. He was President for the World Congress of Surgery in August 2017 in Basel, Switzerland. He has been an invited speaker in North and South America, Europe, and Asia, giving more than 160 lectures. 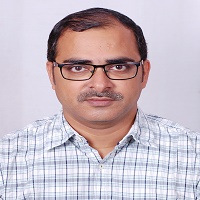 Dr. Suryakanta Acharya is a clinical oncologist with 14 years of clinical experience. After completing MD degree in 2008, he had worked in CMC, Vellore and Tata Memorial Hospital, Mumbai. He had worked abroad (Kenya) and at present he is working in Assam Cancer Care Foundation at Lakhimpur, Assam. He is interested in peer review, scholarly publication and attending international oncology conferences worldwide. He is a member of IMA, AROI, AMPI, KMA (Kenya), WMA, ESMO, ICPCN, IAO and SIO.

If you’re dreaming about your next trip to Europe, come and discover Lisbon, a historical city full of stories to tell, where the sun shines 290 days a year and the temperature rarely drops below 15oC. A city where you feel safe wandering around day or night, where the cuisine is dedicated to creating over a thousand ways to cook the beloved bacalhau (salted cod), and where you’ll find hotels and restaurants to suit every taste, budget and requirement. Discover Lisbon, a city full of authenticity where old customs and ancient history intermix with cultural entertainment and hi-tech innovation. Lisbon is ageless, but it loves company, as you’ll find out if you meet someone and ask them to explain, with lots of gestures and repetition, where the best place is to listen to Fado. After all, Lisbon is famous for its hospitality and the family-like way it welcomes visitors.