It is our pleasure to invite all scientists, academicians, young researchers, business delegates and students from all over the world to attend the 2nd International Meet & Expo on Laser, Optics and Photonics will be held in Brussels, Belgium during May 15-17, 2023.

OPTICSMEET2023 shares an insight into the recent research and cutting edge technologies, which gains immense interest with the colossal and exuberant presence of young and brilliant researchers, business delegates and talented student communities.

OPTICSMEET2023 goal is to bring together, a multi-disciplinary group of scientists and engineers from all over the world to present and exchange break-through ideas relating to the Laser, Optics and Photonics. It promotes top level research and to globalize the quality research in general, thus making discussions, presentations more internationally competitive and focusing attention on the recent outstanding achievements in the field of Laser, Optics and Photonics.

We’re looking forward to an excellent meeting with scientists from different countries around the world and sharing new and exciting results in Laser, Optics and Photonics. 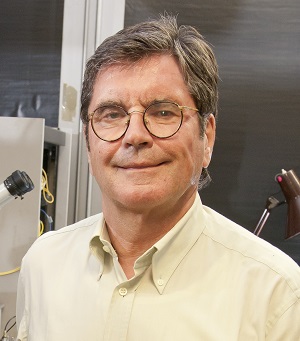 Dieter Bimberg received the Ph.D. magna cum laude from Goethe University, Frankfurt, Germany. He held a Principal Scientist position at the Max Planck-Institute for Solid State Research, Grenoble, France, until 1979. After serving as a Professor of electrical engineering, Technical University of Aachen, Germany, he assumed the Chair of Applied Solid-State Physics at Technical University of Berlin. He is the Founding Director of its Center of NanoPhotonics. He was holding guest professorships at the Technion, Haifa, U.C. Santa Barbara, CA, USA, and at Hewlett-Packard in Palo Alto, CA. He was Distinguished Adjunct Professor at KAU, Jeddah 2012-2018. In 2018 he assumed the directorship of the “Bimberg Chinese German Center for Green Photonics” at the Changchun Institute of Optics, Fine Mechanics and Physics of the Chinese Academy of Sciences.He is a member of the German Academy of Sciences Leopoldina, the EU Academy of Sciences, a ForeignMember of the Russian Academy of Sciences,the US Academies of Engineering and of Inventors, a Life Fellow of the American Physical Society and the Institute of Electrical and Electronics Engineers, IEEE, and a honorary member of the Ioffe Institute of the RAS. He is recipient of multiple international awards, like the UNESCO Nanoscience Award, the Max-Born Award and Medal of IoP and DPG, the Heinrich-Welker-Award, the Nick Holonyak Jr. Award, the Oyo Buturiand MOC Awards of the Japanese Society of Applied Physics, the Jun-Ichi Nishizawa Medal and Award of IEEE, the Stern-Gerlach Award of DPGto mention a few. He received honorary doctorates of the University of Lancaster, UK, and the St.Petersburg AlferovUniversity of the Russian Academy of Sciences.He has authored more than 1600 papers, 71 patents and patent applications, and six books. The number of times his research works has been cited exceeds 68,000 and his Hirsch factor is 113 (@ Google Scholar). His research interests include physics and technology of nanostructures, nanostructured photonic and electronic devices, and energy efficient data communication. 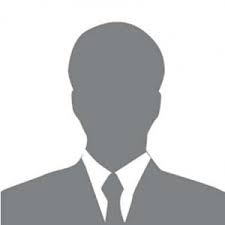 The City of Brussels is the largest municipality and historical centre of the Brussels-Capital Region, as well as the capital of Belgium. It is this multi-layered atmosphere that makes Brussels such a great city to visit. The City of Brussels is the location of many national institutions. The important institutions in Brussels are the Constitutional Court, the Council of State, the Court of Audit, the Royal Belgian Mint and the National Bank of Belgium. Some of the Tourist Attractions in Brussels are: