It is our pleasure to invite all scientists, academicians, young researchers, business delegates and students from all over the world to attend the 2nd International Meet & Expo on Surgery and Surgical Techniques will be held in Lisbon, Portugal during September 21-23, 2023.

SURGERYMEET2023 Conference provides a platform of international standards where you can discuss and share persuasive key advances in Surgery and Surgical Techniques. In addition to Presentations, Workshops, and Discussions, the conference also offers a unique venue for renewing professional relationships, networking and for remaining up-to-date variations in our challenging and expanding discipline.

SURGERYMEET2023 goal is to bring together, a multi-disciplinary group of scientists from all over the world to present and exchange break-through ideas relating to the Surgery and Surgical Techniques. It promotes top level research and to globalize the quality research in general, thus making discussions, presentations more internationally competitive and focusing attention on the recent outstanding achievements in the field of  Surgery and Surgical Techniques.

We’re looking forward to an excellent meeting with scientists from different countries around the world and sharing new and exciting results in Surgery and Surgical Techniques.

Prof. Dr. Michael Stark specialises in Obstetrics and Gynaecology. His main interests are High Risk Pregnancies and gynaecological oncology. He initiated the International Oncology Advisory Board as well as the VIEZION project which combines targeted chemotherapy, PIF, immunology, and stem-cell therapy for improving post-surgical oncological treatment. He modified operations like the vaginal and abdominal hysterectomy and the evidence-based Cesarean Section and developed the concept of single-entry natural orifice surgery. He conducted surgical workshops in several countries such as Kazakhstan, Kirghistan, Vietnam, Laos, Armenia, Hungary, Ukraine, Russia,China, India, Senegal, Kenya, Burkina Faso. Croatia Serbia, Bosnia Herzegovina, etc. In the years 1982 and 2000 he was the medical director and head of Obstetrics and Gynaecology at the MisgavLadach hospital in Jerusalem. Between 2001-2010 he was the chairman of the gynaecological departments of the HELIOS hospital group in Germany and Austria. In the years 2011-2013 he was the scientific advisor of the USP hospital in Mallorca, Spain. Between 2012-2015 he was the scientific director of the new European surgical robotic system (TELELAP) in Milan, Italy. Between 2016-2020 he was the scientific consultant of the ELSAN hospitals in France Since 2004 he is the President of the New European Surgical Academy (NESA), the international inter-disciplinary surgical organisation with members in 59 countries. From 2017 he is a scientist at the university hospital “Charite” in Berlin, and since 2018 the vice president of the Chinese Perinatology association. In 2011 he was nominated as the Medico Del Anno (Doctor of the Year) in Italy, and is an Honorary Member of the French, Polish, Russian, Serbian-Austrian and Italian Gynaecological Associations,professor for robotics at the university of Adana, Turkey,and honorary Professor at the University of Chisinau.He published 214 scientific works. He was visiting Professor at the Universities of Toronto, Moscow, Beijing, Milan, Adana, Uppsala, and the Weill-Cornell University hospital in New York. 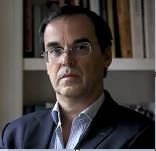 Dr. DIOGO AYRES-DE-CAMPOS, MD, PhD is a FullProfessor and Chair of the Department of Obstetrics and Gynecology at the Medical School, University of Lisbon, Portugal. He is also Chair of the Department of Obstetrics and Gynecology at the Santa Maria University Hospital, Lisbon. His main scientific areas of interest are intrapartum fetal monitoring and obstetric simulation. He is a co-inventor of the “Omniview-SisPorto®” program for computer analysis of fetal monitoring signals (Speculum, Lisbon, Portugal, 2006), the clinical record database Obscare (Virtualcare, Porto, Portugal, 2002), and was the medical consultant for the development of the “Lucina®” obstetric simulator (CAE Healthcare, Montreal, Canada, 2014). With an h-index of 35, he has published 151 papers in international Medline-indexed journals, edited 2 international books, and has given 273 invited lectures at international scientific meetings. He was Editor-in-chief of the “Acta Obstetrica e Ginecologica Portuguesa” 2006-2010, and Associate Editor of “ISRN Obstetrics and Gynecology” 2012-2014. He is the President of the “European Association of Perinatal Medicine - EAPM”,Executive Committe Member of the “European Board and College of Obstetrics and Gynecology - EBCOG”, and co-ordinator of the EBCOG Part 2 Fellowship Exam. Between 2010 and 2018 he integrated the “Safe Motherhood and Newborn Health committee” at the “International Federation of Obstetrics and Gynecology - FIGO”, where he co-ordinated the 2015 revision of the “FIGO guidelines on intrapartum fetal monitoring”. He participated in the World Health Organisation consensus panels for “Recommendations on antenatal care” and “Intrapartum care and reduction of unnecessary caesarean section”. He is the President of the “Federation of Portuguese Societies of Obstetrics and Gynecology - FSPOG”, a Board member of the Subespeciality in Maternal-Fetal Medicine of the Portuguese General Medical Council, and presided over the “National Commission for Reduction of Cesarean Section rates”, nominated by the Portuguese Ministery of Health. 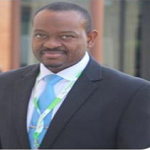 Dr Sangeeta Muglikar is Professor & Head in Periodontology at M A Rangoonwala College of Dental Sciences & Research Centre, Pune, India. She has done her BDS & MDS from Premier institutes of India, GDC Aurangabad & St.George’s GDC, Mumbai respectively. She has received training in Implantology from Dentsply. She is a Founder President of Indian Society of Periodontology, Pune Study Group. She is a Member of Board of Studies of Maharashtra University of Health Sciences, Nashik. She is also member of Board of studies on D Y Patil Deemed University, Bharati Vidyapeeth Deemed University. She teaches undergraduates & postgraduates trainees in Periodontology in addition to her routine surgical practice. She was a Regional Supervisor & co- author of book published by Dental Council of India & World Health Organization. She has 40 National & International publications & 2 book chapters to her credit. She was a Scientific Chairperson of 45th Indian Society of Periodontology National Conference, Pune. Her major work is in Surgical Periodontology.

Dr. Bharati Pandya is Additional Professor in General Surgery at AIIMS Bhopal, India. She has done her MBBS and MS General Surgery from premier Institutes of India, MGIMS, Sevagram and PGIMER, Chandigarh, India, respectively. After her basic training in General Surgery she has done her Fellowships in FIAGES, FMAS, FALS in Colorectal Surgery and an Advanced Colo-rectal Fellowship from Milan, Italy. She has also been associated with Karolinska Institute in Sweden where she did her training in Liver Transplantation. At present she is working in AIIMS Bhopal which is an Institute of National Importance, in India where she teaches both undergraduates and post-graduate trainees in General Surgery in addition to her routine surgical work. She has about 34 National and International Publications and has 2 book chapters to her credit. Her major work is in the field of Colo-proctology.

If you’re dreaming about your next trip to Europe, come and discover Lisbon, a historical city full of stories to tell, where the sun shines 290 days a year and the temperature rarely drops below 15oC. A city where you feel safe wandering around day or night, where the cuisine is dedicated to creating over a thousand ways to cook the beloved bacalhau (salted cod), and where you’ll find hotels and restaurants to suit every taste, budget and requirement. Discover Lisbon, a city full of authenticity where old customs and ancient history intermix with cultural entertainment and hi-tech innovation. Lisbon is ageless, but it loves company, as you’ll find out if you meet someone and ask them to explain, with lots of gestures and repetition, where the best place is to listen to Fado. After all, Lisbon is famous for its hospitality and the family-like way it welcomes visitors