It is our pleasure to invite all scientists, academicians, young researchers, business delegates and students from all over the world to attend the 2nd International Meet on Toxicology will be held in Dubai, UAE during October 19-21, 2023.
TOXICOLOGYMEET2023 shares an insight into the recent research and cutting edge technologies, which gains immense interest with the colossal and exuberant presence of young and brilliant researchers, business, delegates and talented student communities.
TOXICOLOGYMEET2023 goal is to bring together, a multi-disciplinary group of scientists from all over the world to present and exchange break-through ideas relating to the Toxicology. It promotes top level research and to globalize the quality research in general, thus makes discussions, presentations more internationally competitive and focusing attention on the recent outstanding achievements in the field of Toxicology.
We’re looking forward to an excellent meeting with scientists from different countries around the world and sharing new and exciting results in Toxicology. 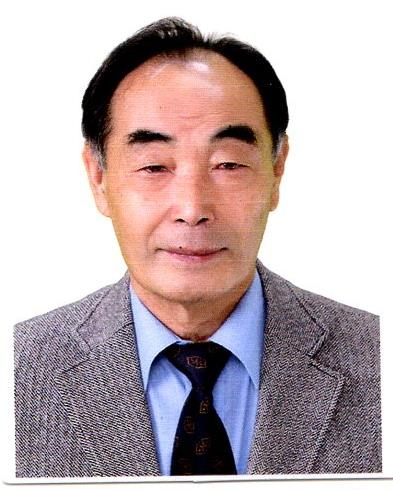 Dai-Yeun Jeong is presently the Director of Asia Climate Change Education Center and an Emeritus Professor of Environmental Sociology at Jeju National University in South Korea. He received BA and MA Degree in Sociology from Korea University (South Korea), and PhD in Environmental Sociology from The University of Queensland (Australia). He was a Professor of Sociology at Jeju National University (South Korea) from 1981 to 2012. His past major professional activities include a Teaching Professor at the University of Sheffield in UK, the President of Asia-Pacific Sociological Association, a Delegate of South Korean Government to UNFCCC, a Delegate of South Korean Government to OECD Environmental Meeting, and a Member of Presidential Commission on Sustainable Development, Republic of Korea, etc. He has published 60 environment-related research papers in domestic and international journals and 13 books including Environmental Sociology. He has conducted 91 unpublished environment-related research projects funded by domestic and international organizations.

Dimitrios P. Nikolelis received his PhD from University of Athens in 1976 and he is a professor of analytical and environmental chemistry in the Department of Chemistry, University of Athens. Prof. Dimitrios Nikolelis has coordinated 3 European Projects on environmental biosensors (CIPA96-0231, IC15-CT96-0804 and QLK3-2000-01311). He also was twice a. NATO Director in the following Advanced Research Workshops: 1. Biosensors for Direct Monitoring of Environmental Pollutants in Field, Smolenice, Slovakia,: May 1996 and 2. Portable biosensors for the Rapid Detection of Biochemical Weapons of Terrorism, July 2012. Prof. Dimitrios Nikolelis has over 200 scientific papers in scientific journals and conferences. He is the Editor of 5 books on Biosensors (1. Biosensors for Direct Monitoring of Environmental Pollutants in Field, Springer, 1996, 2. Portable Chemical Sensors- Weapons against Bioterrorism, Springer, 2012 and 3. Portable Biosensing of Food Toxicants and Environmental Pollutants, CRC, 2013 3. 4. Biosensors for Security and Bioterrorism Applications, Springer, 2014. 5. Nanotechology and biosensors: recent advances, Elsevier, 2017. He is the Editor of many scientific journals. His research is targeted on the fabrication of portable biosensors for in the field uses and he has authored a large number of scientific papers on the detection of environmental pollutants such as hydrazines, dioxins, insecticides, toxins, etc. His current interests also include the construction of novel chemical nanosensors that can be used for the rapid detection of environmental pollutants directly in the gas phase. Prof. D. P. Nikolelis group has recently utilized graphene and ZnO to develop chemical nanosensors based on polymer lipid films for species of clinical or food significance such as urea, uric acid, cholesterol, etc. In progress, there is the evaluation and validation of nanosensors that are based on stabilized polymerized lipid films supported on glass fiber filters using a dry spot test using optical methods of analysis (i.e., fluorescence) to detect environmental pollutants such as insecticides, plant hormones, toxins, hydrazines, etc. 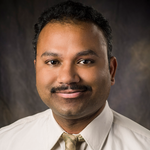 Ravi P. Sahu completed his Ph.D. from Sanjay Gandhi Post Graduate Institute of Medical Sciences and then pursued his postdoctoral studies from the University of Pittsburgh Medical Center, then Texas Tech University Health Science Center, and Indiana University School of Medicine. He is currently working as an Assistant Professor at the Department of Pharmacology and Toxicology at Boonshoft School of Medicine Wright State University, Dayton, OH. His research has been focused on determining thefunctional significance and mechanisms of pro-oxidative stressors-generated oxidized lipid mediator, platelet-activating factor (PAF) in impacting cancer growth and the efficacy of therapeutic agents, as well as defining approaches to circumvent PAF-mediated effects. He has published more than 60 papers in reputed journals and has been serving as an editorial board member and adhoc reviewer of several scientific journals.

Dr. Juliana Falcato Vecina is a veterinary with residency in veterinary diagnosis, both from UNESP (Universidade Paulista Júlio de Mesquita Filho). All her post-graduation was from State University of Campinas (UNICAMP), during this period she participated as a collaborating researcher at the Medical Sciences Faculty, being part of the following departments: - Clinical Pathology, in which he held his Master's degree in MedicalSciences with biomedical sciences concentration area in June 2009; - Pharmacology, in which he completed her PhD in July 2013, during this period she was part of the IRB (Institute for Research in Biomedicine – Barcelona/Spain); - Medical Pathophysiology, in which he completed his Post-doctorate until November 2016. Currently, she is the study director and researcher responsible for the In Vitro Toxicology Laboratory (TOX-IV) of Merieux Nutrisciences (Bioagri Laboratórios Ltda). It is also responsible for extending and expanding the GLP scope of the TOX-IV. In addition, she is a scientific consultant at Horiba Instruments Brasil and is responsible for training the veterinary equipment line. 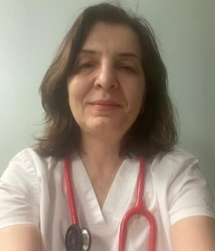 Will be updated soon 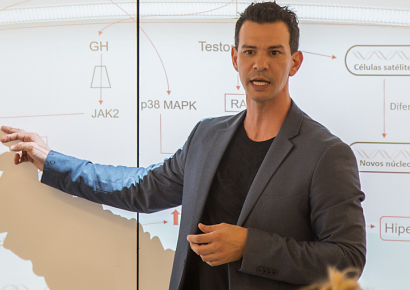 Professor of Physical Education graduated from Universidade Tiradentes - Aracaju/SE, specializing in Sports Nutrition from Universidade Gama Filho/SP and Sports Training from Universidade Federal de Minas Gerais. Master in Health Sciences from Hospital Israelita Albert Einstein and pioneer in Brazil in KAATSU methodology. He works in the area of cardiology and neuroscience, with emphasis on Biochemistry and Molecular Biology focused on physical activity, working mainly on the following topics: prescription of physical activity for neurologic patients, frail elderly, and cardiac patients. He is currently developing a research project at Hospital Israelita Albert Einstein/SP with a focus on ischemic conditioning on cognitive and motor function in patients with Parkinson´s disease.

Dubai is the largest city in the United Arab Emirates. It is located on the south-east coast of the Persian Gulf, in the Arabian Desert, and is the capital of the Emirate of Dubai, one of the seven emirates that make up the country. Dubai is known for luxury shopping, ultramodern architecture and lively night-life. The Dubai has emerged as a global city and business hub of the Middle East. Dubai having expanded along both banks of the Creek, Dubai is divided into two parts - Deira on the northern side and Bur Dubai to the south, as well as the top tourist destination of Jumeirah. Dubai is preserved some of the most intriguing historical attractions.